The people of Malaysia comprise of a fascinating mix of ethnicities, ranging from the Malays, Chinese, Indians and indigenous Orang Asli (Original People) of Peninsular Malaysia to the diverse tribal communities of Sabah and Sarawak in East Malaysia.

Although the national language is Bahasa Melayu (Malay), English is widely spoken amongst the population of around 29 million.

Non-Malays are usually fluent in both Bahasa Melayu as well as their mother tongue. Apart from Mandarin, Malaysian Chinese commonly communicate in dialects such as Cantonese (especially in capital of Kuala Lumpur and its surrounding areas) and Hokkien, while the Indian community speaks primarily Tamil as a second language. Penang offers an array of pristine white beaches, colorful parks, beautiful gardens and more for tourists to explore. Perhaps the most popular attraction is Penang’s George Town, which is best explored on foot. Entering peninsula Malaysia by land via Singapore and Thailand is easily done via public and tour buses. Malaysian food is nothing short of fantastic. There is a choice of Chinese, Malay, Indian, Indonesian, Japanese, Thai, Korean and Western – it’s all here.

Nyonya cuisine is probably the most famous of these fusions and is a blend of Chinese ingredients and Malay spices. Malay-style food comprises of seafood, meats and vegetables cooked with sweet, savoury and spicy sauces, and served with rich coconut milk infused rice or nasi. 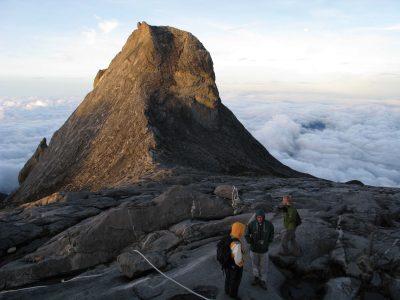 Shopping in KL is one of the major attractions in Malaysia with a variety of fashionable products and handicrafts available from shopping complexes like The Curve and Berjaya Times Square, to department stores and smaller boutiques and markets, all at great value.